Serving Washington D.C., Maryland And Virginia For Over 90 Years

Since its inception in 1925, American Pest has obtained an elite status as one of the oldest, premier family-owned pest control businesses operating in the Washington DC area. Armed with a fleet of over 100 expertly-trained pest professionals, American Pest attributes its success to the longstanding tradition of excellence in providing quality pest control solutions for the home or business. As a modern company, American Pest’s strategy utilizes skilled hiring standards, world-class training, and applied Integrated Pest Management (IPM) practices that are environmentally responsible.

American Pest can quickly and confidently implement the latest technological advancements and green initiatives in the pest control industry. All of our pest management programs are developed and overseen by our staff entomologists to ensure we remain abreast of the latest Integrated Pest Management practices and that our services comply with all current regulations.

We offer a variety of eco-friendly pest control services for residential and commercial properties as well as industries in the Washington D.C. area including:

With a steadfast commitment to integrity, public health and the environment, American Pest aspires to be the leader in modern, preventive pest management. We accomplish this by harnessing the power of technology and innovation to protect the public, property and the natural world, while providing a caring and safe workplace for our employees.

American Pest was founded by Paul Calvert Cissel as the American Disinfectant Company in 1925. Mr. Cissel founded the company with the philosophy of offering prompt and courteous service at a fair price. American provided general pest control services for property owners in the District of Columbia from the company’s original office at 928 I Street NW. Cissel was also a founding member of the National Pest Control Association, (now the National Pest Management Association) and served as its President from 1941-1942. After his death in 1953, he was succeeded by J. Harry Britt, a long-time associate with the company. Britt was also actively involved in local and state pest control associations and the commercial real estate community until his death in 1975.

By this time, the American Disinfectant Company’s business had grown exponentially. After William E. Roll, an ADC employee since 1932, stepped in as President and Chairman of the Board in 1975, the company merged with Apex Exterminating Company in 1976. After the construction of the Washington Convention Center, the company office was moved to 5201 First Place NE, Washington, DC in 1979.

The American Disinfectant Company was purchased from Mr. Cissel’s widow on November 23rd, 1983, by Robert Byrne, William Roll, Robert Wells, and Jay Nixon. The company was also renamed American Pest Management, and received a new logo. After William Roll retired in 1987, Robert B. Byrne was elected President and Chairman of the Board. During his tenure, new service centers were constructed in Takoma Park, Gaithersburg and Herndon to address the company increasing its service area to include Maryland and Northern Virginia. Jay Nixon succeeded Byrne in 1997 after his retirement, and continues to serve today. Due to lack of space in the Takoma Park location, an office was opened in Burtonsville, MD in 2006 to house the growing Residential Division.

American Pest currently operates out of its new state-of-the-art corporate office in Fulton, MD, which opened on January 18th, 2011, effectively replacing the Burtonsville and Takoma Park offices. The company provides integrated pest management services for residential, commercial, and government properties in DC, Maryland and Northern Virginia. The staff includes four board certified entomologists, eight associate certified entomologists, over 30 state certified technicians, a K-9 Bed Bug Detection Team and over a hundred employees. Services provided by American Pest are QualityPro & Quality Pro Green accredited by NPMA, the industry’s highest mark of excellence, for their integration of non-toxic methods and low impact EPA-labeled products. American has recently been highlighted in several news segments on NBC, ABC, CBS, C-Span, and Fox News, with their own Wayne White as an expert consultant on integrated pest management. American Pest is also a sponsor of No More Stolen Childhoods, the Washington Capitals and the Washington Nationals.

At American Pest we are a best pick Maryland pest control company that is affiliated with many local and national organizations. We are proud to boast an A+ rating from the Better Business Bureau and have received the Angie’s List Super Service awards for six years and counting! See our list of professional affiliations and memberships below. 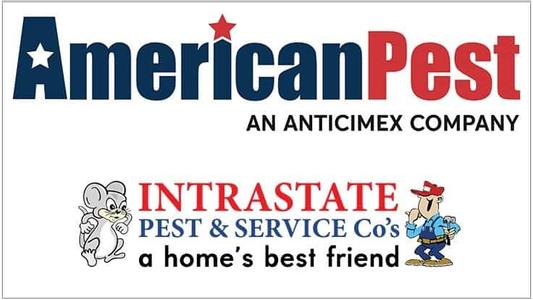 American Pest’s Vice President of Business Development, Andrea Brubaker has been named the recipient of the National Pest Management Asso...

Once again, American Pest is thrilled to announce that they will continue their partnership with Breast Care for Washington (BCW), a local nonprofi...