6 Tick-Borne Infections and the ‘Tick Apocalypse’

Tick activity has been steadily increasing over the years, however, experts are expecting this year to be a "Tick Apocalypse." Lyme disease has long since been a major concern that accompanies these 8-legged blood feeders, but there's more! An increase in tick activity this spring will bring other anticipated tick-borne diseases to the Washington D.C. metro. It is important to understand how to protect your loved ones and know the symptoms of each of these debilitating, tick-associated diseases.

What is the ‘Tick Apocalypse’?

In the past year, there has been an increase in mice activity all over the country. Recent studies have brought to light the correlation between mice and ticks by proving that increased tick numbers can be expected as a direct response to increased mouse populations. With an increase in rodent activity, tick populations are projected to do the same. Ticks can survive through winter, but when winter weather is abnormally warm ticks and their hosts can travel further, spreading ticks to areas that haven’t previously had much tick activity. The combination of the increase in rodent activity and warmer temperatures are a good sign that the ‘Tick Apocalypse’ is near.

This tick-borne disease may be of the biggest concern, with an increase in transmission by the black-legged (deer) tick. In Maryland, DC, and VA over 2,400 cases were confirmed in 2015 and that number is rising. Symptoms of Lyme disease include fever, chills, and is sometimes accompanied by a rash that looks like a bulls-eye. Many cases can be treated with antibiotics but can sometimes cause long-term debilitating issues.

This is caused by a parasite that kills red blood cells and causes infection. Its primary symptoms are fever and fatigue. However, some people that are infected can have the disease without showing any symptoms. Babesiosis is an emerging threat and has been confirmed in Maryland since 2011. The parasitic disease is usually transmitted by the black-legged tick (deer tick).

This infection has been steadily increasing since the 1990’s. It is commonly recognized with flu-like symptoms including fever, headache, fatigue, nausea, and aching muscles. Maryland and Virginia were classified to have the second highest range in cases per million in 2010 and is the highest risk to people over the age of 65.

The symptoms for this also include flu-like symptoms caused by different types of bacteria carried by the lone star tick. Over 700 cases have been reported every year since 2007 with Maryland and Virginia being included as some states with the highest incidence rate in 2010.

Known as rabbit fever, this disease caused by bacteria is carried by the American dog tick, Lone star tick, and the wood tick. While this is usually found in the middle of the U.S, it has been confirmed in Virginia in recent years. This disease comes in many forms but is always accompanied with a fever.

This tick-borne disease is commonly transmitted in Virginia among other states and carried by the American Dog Tick and wood tick. Initially this disease shows flu like symptoms and if untreated will cause a rash and could be deadly.

How to Prevent Tick-Borne Diseases

Always be aware of preventative measures when taking part in outdoor activities. Wear bug repellant with DEET and avoid areas with high grass. Anytime you spend time outdoors make sure to perform tick-checks after, paying close attention to areas like the groin and armpits. Use this guide to help you ensure that you are removing the tick properly and quickly.

American Pest provides effective Mosquito and Tick control services during summer months—helping families to control biting insects around the home. And, to ease parent worries over illnesses spread by these dangerous pests. Learn more and get an estimate on our program today! 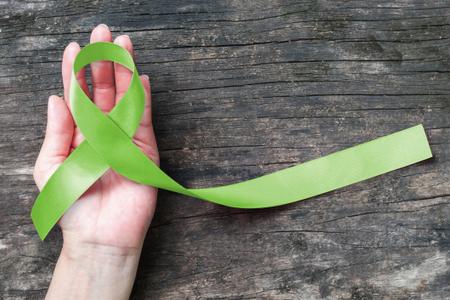