Friends and family of Glenn Spaulding will join together in support of the American Cancer Society by participating in the Relay For Life event at Hammond High School in Columbia, Maryland beginning June 4th.

Glenn, son of Kevin Spaulding, Technical Services Manager at American Pest, was first diagnosed with a cancerous brain tumor in June 2007.  After undergoing radiation and chemotherapy treatments in 2007 and 2008, Glenn remains cancer-free and actively participates in various cancer research and awareness events throughout the area. Today Glenn also continues physical therapy at Potomac Valley Sports Medicine and at the Megan Rich Physical Therapy Group, in an effort to one day be able to participate in recreational sports.

"Glenn views his experiences as a journey that has changed him and made him grow spiritually and personally," says Kevin Spaulding.  "He's made tremendous progress and we're extremely proud of him."

This June marks the 3rd consecutive year that Glenn's Cancer-Fighting Team will participate in the American Cancer Society's Relay For Life.  The team is comprised of over 20 individuals, many of whom are Glenn's closest supporters, who rallied around him during his battle with cancer.  Glenn's Cancer-Fighting Team will unite for the relay event, running or walking continuously from 7:00pm Friday June 4th through 8:00am June 5th.

All proceeds from the Relay For Life event will benefit the American Cancer Society in their continuing effort to eradicate cancer.

In an effort to support Glenn's team, American Pest has taken involvement each year by donating a distinctive team shirt to add additional name recognition for Glenn's Cancer-Fighting Team throughout the local relay event.

To make a donation to Glenn's team, please click here.

Form key: "e-newsletter-signup" does not match a valid form

Mount Rainier, MD – To reduce the risk of Coronavirus transmission to our residents and staff, measures have been taken to ensure that all Ci...

Hopefully, we all know at least a little bit about how the lack of pest control can contribute to the spread of disease. Probably the most famous e...

The global coronavirus (COVID-19) pandemic has sent the world into an unprecedented and uncertain spiral. The United States now has the highest con... 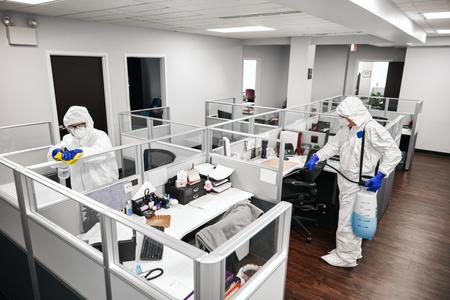 An Important Message Regarding Coronavirus

Our world is tackling a crisis of extraordinary human and business impact, and we stand in solidarity with all who have been affected by the global...

“ I have been so thrilled with American Pest. The technicians seem far more knowledgeable than other companies we've dealt with.