Home › Blog › The Key To Keeping Pest Birds Away From Your Washington D.C. Business

The Key To Keeping Pest Birds Away From Your Washington D.C. Business

Bird watching is a popular hobby and for good reason. There are many beautiful birds in the Washington D.C. area and they can help bring people closer to nature in urban locations where people might otherwise feel a bit disconnected from the environment.

Despite all the wonderful birds that call D.C. home, not all birds are a positive influence on our city. There are many pest birds around that can cause several problems, especially for business owners. If you have a business in Washington D.C. and birds are spending too much time on your property, you need to know the key to keeping pest birds away from your Washington D.C. business.

In urban settings like Washington D.C., birds are a natural part of the landscape. If you’re not sure what we’re talking about, think of the movie Home Alone 2: Lost in New York. Pigeons are a large part of the plotline and end up being central to the resolution of the story.

In most cases, pest birds are so prevalent in the city that people either pay no attention to them at all or give them extra attention by making bird watching and feeding one of their hobbies. There are several types of pest birds in our area. Some are more common than others, but all three are found in the Washington D.C. area.

The most well-known city-dwelling pest bird is the pigeon. Pigeons vary in color but are usually gray with two black bands on their wings and an almost iridescent appearance around their necks. They have small heads and beaks with beady eyes. Their feet are red. Pigeons can grow to about a foot in size and typically weigh around 10 to 13 ounces.

When in urban areas, pigeons are often found in parks and on sidewalks. They roost in areas up off the ground, usually under bridges or on the ledges of buildings. They can also nest inside buildings if they have access to the interior. Pigeons tend to congregate in large groups. They can mate at any time of year, but most often do so in the spring and fall when they will lay one to two eggs at a time.

According to Pest World, starlings were brought to the United States from Europe in the late 1800s in an attempt to bring the animals that Shakespeare mentioned in his works to America. Since then they have spread throughout the country and have become a pest bird in both rural and urban settings.

Starlings are dark with light-colored specks. Their colors change from summer to winter, becoming more heavily speckled in the colder months. They have yellow beaks and orange feet. Starlings are on the smaller side, growing up to around eight inches, but weighing only two to three ounces.

Starlings have a varied diet. They will eat grains, seeds, fruit, and small insects. Humans also contribute to their feeding habits because these pest birds will eat food dropped on the ground or found in the trash.

Starlings tend to gather in groups and can often be found perched along gutters or utility lines. They build nests in holes they find in trees or buildings. Starlings typically have two broods a year, consisting of four to six eggs each.

House sparrows are commonly found in urban areas. They are small, chubby looking birds that are mainly grayish-brown in color, with some darker markings. They have round heads and black beaks. Their feet are tan to brown in color. Sparrows are small, usually not growing over seven inches and they usually only weigh about one ounce.

Like starlings, sparrows eat a variety of foods. They like grains, seeds, and fruit, and will also eat insects. They will also eat food discarded by humans, which makes it easy to understand why they thrive in urban settings.

House sparrows build their nests in holes they can find in a variety of areas. This often includes buildings, roofs, or even within vines growing on the sides of buildings. They are social birds that spend time in large groups. They can have up to four broods a year, typically with four to five eggs per brood.

The Problems With Pest Birds In Washington D.C.

Because pest birds are so common in Washington D.C., people tend to become used to them and thus don't give them much thought. Although this works out well for the birds, it’s not good for the people who live and work in the locations that pest birds frequent. That’s because pest birds actually cause a lot of problems.

First, pest birds are dirty animals that spread a lot of different diseases. They do this in several ways. Although they can carry diseases on their bodies, they most often spread them through their droppings. Pigeons are known to spread toxoplasmosis, salmonella, and food poisoning. Starlings have been linked to over 25 diseases, including encephalitis, Newcastle disease, and chlamydiosis. Sparrows can also spread salmonella and e.coli, among other things. Furthermore, all of these birds’ droppings can grow a fungus that can cause histoplasmosis. Histoplasmosis is a serious and sometimes fatal lung infection.

In addition to the diseases that pest birds can transmit, they can also cause illnesses in other ways by the spreading of parasites. Parasites, such as fleas, mites, lice, and ticks, often live on pest birds. When these parasites fall or climb off the birds, they can then get onto nearby humans. Although some parasites, like lice, aren’t known to spread disease, many do. Ticks can spread Lyme disease, Rocky Mountain spotted fever, babesiosis, and many other illnesses. Fleas can spread typhus and tapeworms. These are just a few of the secondary illnesses you may end up with due to pest birds.

Although the health risks are enough to make pest birds a serious problem, they are not the only issue that birds cause. Pest birds can also threaten your safety. People have been known to slip on bird droppings, causing them to fall and injure themselves.

Additionally, pest birds are a serious problem because of the damage they can cause to buildings. Their droppings are highly acidic and can erode the materials where they land. If birds have taken up residence on your building, they will damage the areas where they spend their time. If they get inside, you’ll have a serious mess on your hands.

In addition to the health, safety, and damage concerns pest birds bring with them, they also bring along a bit of a fear factor. Many people will not want to get too close to an area that has a lot of birds hanging around for fear of getting attacked, bitten, landed on, or pooped on.

If you are a business owner in Washington D.C., all of the problems that birds cause should be of great concern to you. Not only can birds cause liability issues for you and your business due to their ability to sicken or injure customers or employees, but they can also cost you serious money in structural repairs, as well as lost revenue from customers who refuse to visit your business because the birds are too close for comfort.

Discouraging birds from spending time on your property is a good way to begin avoiding the problems they cause. However, this can be easier said than done. Some of the suggestions below are things you can put into place on your own, but others require the assistance of others.

How To Get Rid Of Pest Birds From Your Washington D.C. Business’s Property

Although discouraging birds from roosting and nesting on your property can help, it’s unlikely to be enough to fully eliminate a pest bird problem. Instead, if you have pigeons, starlings, or sparrows causing problems on your business’s property, it may be time to call American Pest.

We offer bird control services that will safely and humanely get rid of your bird problems. These services begin with a thorough inspection of the exterior of your property to identify the biggest problem areas and habitats. From there, we’ll develop a plan to protect these areas from birds. We utilize a variety of techniques that stop birds from roosting and nesting on your property without harming the birds. These include:

Because we understand the importance of not disrupting day-to-day operations and keeping pest control discreet, we offer after-hours and nighttime services. After we install our bird control services, we provide on-going monitoring to keep your business pest-free.

If pest birds are threatening the health and safety of your employees, customers, and building, let the professionals keep them off your property. Contact American Pest today to request an inspection for your Washington D.C. business. 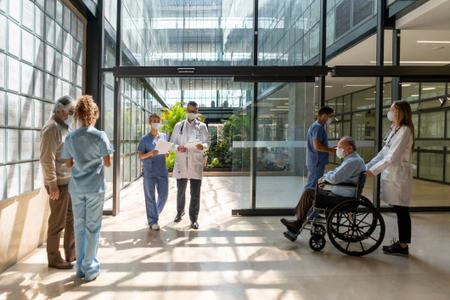 How To Protect Your Maryland Business From Dangerous Pests

Having pests can spell disaster for your business. While a few bugs here and there might not seem like a big deal, pest infestations can cause oper... 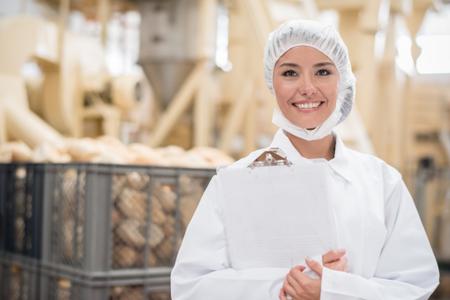 As a facility manager responsible for the processing of food, you’re probably already aware of the importance of pest control. All it tak...