Types Of Ticks In Maryland And Virginia

Home > Helpful Articles > Types Of Ticks In Maryland And Virginia

In our service area of Maryland and Northern Virginia, ticks are a serious problem. Lyme disease cases in Virginia have climbed from 274 cases in 2005, to 1102 cases in 2015. That is a startling trend, especially considering the fact that this is a disease that can lead to lifelong health complications if it is not caught early. And Lyme disease isn't the only disease spread by ticks. These blood eaters are connected to babesiosis, ehrlichiosis, anaplasmosis, Rocky Mountain spotted fever, tularemia, STARI (Southern tick-associated rash illness), Powassan, Colorado tick fever, Heartland virus, and more. Here are the ticks you need to watch out for if you live in Maryland or Virginia.

These tiny ticks, referred to as "deer ticks" by some because they are often found on deer in large numbers during the winter months, pose a significant health risk to humans. This is because blacklegged ticks are the primary vector for Lyme disease.

While they emerge pathogen-free from their eggs, black-legged ticks feed on multipe wildlife hosts during their 2-year lifespan. As a result of frequent feeding bahavior on white footed mice and deer, immature deer ticks contract the Lyme disease-causing bacterium Borrelia burgdorferi. When they do, this bacterium will incubate into an infectious disease inside their gut and migrate to their salivary glands where it can be transmitted to humans through an infected bite.

Blacklegged ticks are very small, especially as larvae and nymphs. Larvae can be as small as the tip of a pen, and nymphs aren't much larger. An unfed adult blacklegged tick can be as much as 5 mm long. A fed female can be as much as 10 mm long.
Male and female blacklegged ticks can be differentiated by their color and size. Males are black, as their name suggests. Females have red on their abdomen. But this red coloring can appear darker, and even black, if the female has had a blood meal. Females are also slightly larger than the males of this species.

These aptly named ticks are mostly a health risk for dogs and rarely feed on humans. The diseases they are known to transmit to dogs are Rocky Mountain spotted fever, ehrlichiosis, and babesiosis.

Brown dog ticks can complete their entire life cycle indoors and prefer a dry, warm environment. When they latch onto dogs it will usually be in ears and between the toes.

Brown dog ticks look completely different depending on whether or not they have fed. If they have not been fed, they will appear reddish brown. If they have had a recent blood meal, they will look strikingly different with their abdomen being more of a bluish-gray color. An unfed brown tick will be around 3 mm in length, but it can grow to as much as 12 mm when fed.

This tick species will feed on any warm-blooded animal which makes it a much greater threat if it gets into a home. While the Lone Star tick is not a carrier for the spirochete Borrelia miyamotoi which causes Lyme disease, it can carry Borrelia lonestari, which can become the infectious disease known as STARI, a rash related illness that can lead to a lifelong allergy to red meat. The symptoms of this tick-related meat allergy can range from an extremely itchy, hive-like rash to anaphylactic shock.

females of this species are reddish brown and range from 3 to 4 mm in length when unfed, and grow twice that size after a blood meal.

Another means for identifying Lone Star ticks is in the speed at which they travel. A group of ticks from this species can cover a person's arms or legs in less than 5 minutes.

All three of these tick species have 3 stages of development: larvae, nymph, and adult. In the larval stage, these ticks have 6 legs, and are as small as the tip of a pen. In the nymph and adult stages, they have 8 legs and can be up to 10 mm in length.

If you are concerned about the presence of ticks on your property, give the tick experts here at American Pest a call. We will be happy to discuss with you the effective solutions we have to combat these dangerous insects. 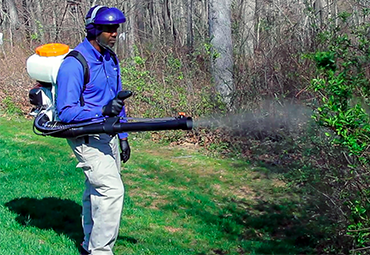 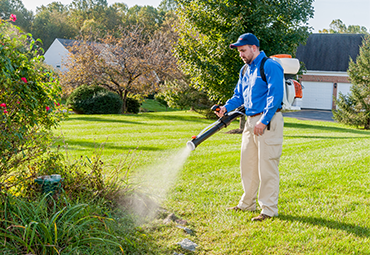 Mosquitoes and ticks thrive from spring to fall, which is why our Seasonal Mosquito Control plan is guaranteed to eliminate these yard pests during their peak. During the initial service, we will walk your property to identify where mosquitoes and ticks reside and breed and perform treatment to problem areas using a specialized misting system. Ongoing services continue once a month, typically March to October.

Four Simple Ways To Keep Spiders Out Of Your Maryland Home

Four Simple Ways To Keep Spiders Out Of Your Maryland Home

They might not bother everyone, but those who hate spiders have a passionate disdain for these eight-legged pests. Most spiders prefer to mind thei...

Why Are There Silverfish In My Maryland Home?

Why Are There Silverfish In My Maryland Home?

For many homeowners, silverfish are the least of their concerns. They might appear every now and then, but don’t seem to cause much noticeabl...

The Best Way To Get Rid Of Ants On Your Washington D.C. Property

The Best Way To Get Rid Of Ants On Your Washington D.C. Property

When ants go on the march, nothing can stand in their way — not even your D.C. property. There are at least 700 different species of ants r...