What is a tick?

Ticks are members of the ‘Ixodidae’ family of insects. They are external parasites that feed on the blood of non-domestic wildlife such as mice, deer, fox, raccoons, and rabbits. Ticks pose serious health concerns as they are known to carry and transmit disease and illness to humans and domestic animals. In many parts of the country, ticks can be found waiting for an unsuspecting host in wooded and overgrown areas, tall grass and shrubs. The two main types of ticks controlled by American Pest are the ‘Black Legged Tick’ (or Deer Tick) and ‘Brown Dog Tick’. The two species vary in their appearance as follows:

The ‘Brown Dog Tick’ is approximately 1/8 in (3 mm) long, but when engorged with blood they are up to 1/2 in (12 mm) long. It has a flattened body with mouth parts visible from above and the male has tiny pits scattered on its back.

The ‘Brown Dog Tick’ is generally a reddish brown, but gray-blue or olive color when full of blood.

Biology
The lifecycle of the ‘Black Legged Tick’ (Deer Tick) is usually completed in two years. Eggs laid in the spring hatch several weeks later into six-legged larvae, which can be found June through September. They feed for 3-9 days but only once, usually on small mammals such as mice, chipmunks, voles, etc., but the preferred larval host is the white-footed mouse. Larvae feeding before September molt promptly and overwinter as 8-legged nymphs; those feeding later will molt the following spring.

The engorged ‘Brown Dog Tick’ female drops off the host dog, but tends to crawl upwards, depositing 1,000-3,000 tiny dark brown eggs in wall or ceiling crevices and cracks, and then she dies. Eggs hatch in 19-60 days into tiny larvae with 6 legs. These “seed ticks” crawl down the walls and attach to a dog, but can go for 8 months without food or water. After engorging 3-6 days they enlarge to 1/16 in (2 mm), becoming blue, then drop off to find a place to molt. In 1-3 weeks they become reddish-brown nymphs with 8 legs. They attach again and engorge for 4-9 days, growing to 1/8 in (3 mm) and turning dark gray. The nymphs then drop off, hide and molt into adults in 12-19 days. They seek a host dog as soon as possible, but can survive up to 18 months before attachment, after which they engorge 6-50 days and mate. They may complete this cycle in 2 months, but there are usually only 2 generations per year in the north, and 4 generations per year in the south.

Why do I have them?

Ticks become a problem inside homes when they are carried in on animals or humans. Contrary to common belief, ticks cannot jump or fly. Outside, you are most likely to find ticks in unmaintained areas of landscape, tall grass, dense foliage, and near wooded areas around the perimeter of the home. They will often lie in wait for a passing host in transitional zones (called ecotones) such as where forest meets field, mowed lawn meets a fence line, a foot/animal trail through high grass or wooded area. Because these transitional areas or edge habitats are where many animals travel at some point within a 24-hour period, this is where the ticks are most likely to acquire a host.

Several species of ticks are known to carry and transmit disease organisms causing illness in humans and animals. Germs that may be present in their saliva are transmitted as they feed on a personal or animal.

The ‘Black Legged Tick’ (Deer Tick) is a major vector for Lyme Disease, human granulocytic ehrlichiosis, and babesiosis. A single tick can be co-infected with two or even all three of these disease organisms, and therefore has the potential to transmit more than one infection simultaneously.

‘Brown Dog Ticks’ are a nuisance to the host animal and the household. Although they seldom attack humans, they are vectors for several disease organisms.

Complete Guide To Ticks In MD, VA, And DC

How To Remove A Tick

Types Of Ticks In MD And VA 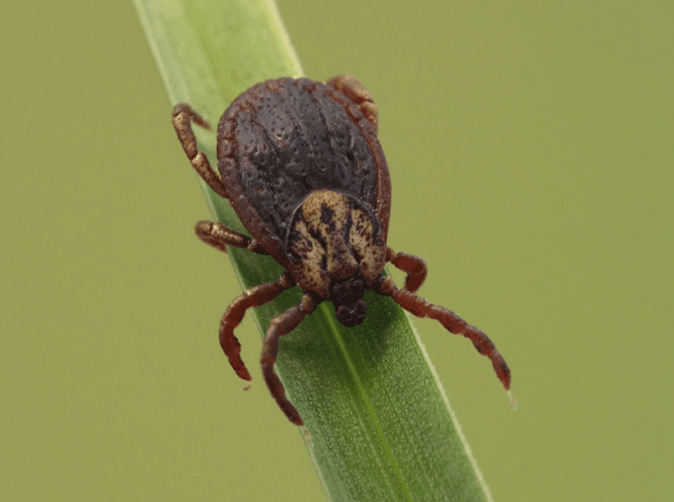 Ticks are technically arachnids. This means that they are more closely related to spiders and scorpions than insects. 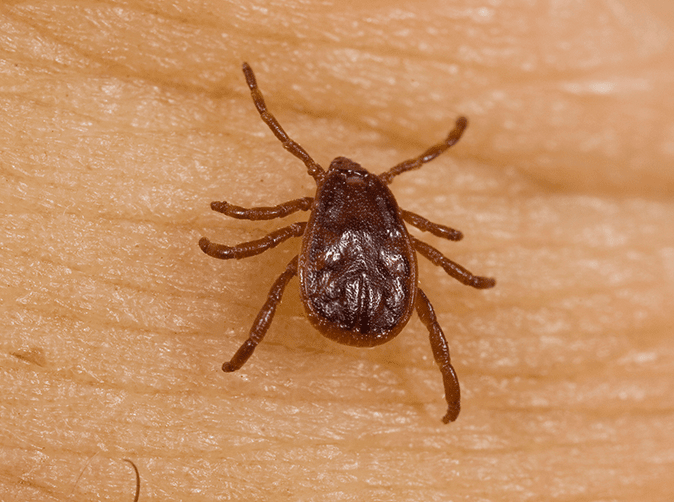 For the most part, ticks are not born carrying diseases. They acquire them during feeding and pass them along onto other animals (and humans) during subsequent feedings.

How do I get rid of ticks?

Protecting yourself and your pets from ticks requires a comprehensive approach. American Pest will utilize our S.T.A.R. system of pest management to create a customized tick control solution to safeguard children and pets against tick-borne illnesses. American Pest’s Integrated Tick Management Program uses sound integrated control strategies to effectively reduce tick populations in your yard.  At American Pest, we offer a stand alone tick control program or you can choose one of our Preferred Care programs for relief from ticks and other household pests.

Can I do it myself?

You can help to protect your family and pets by being aware of tick habitats. American Pest also suggests discussing both flea and tick control products for pets with your veterinarian. There are some Do-It-Yourself tick control products for homeowners but they are ineffective at controlling ticks for continuous periods of time unless tick habitats are treated and maintained consistently.

The Benefits Of Professional Tick Control